Guernsey Museum & Art Gallery is delighted to announce that it is hosting a series of Viking-themed films in September, October and November.

In support of its exhibition Heroes of the Viking World, the films will be playing on Friday evenings in the Frossard Theatre at Guernsey Museum in Candie Gardens.

Nine films will play in the series and feature a great selection - starting with vintage Hollywood classics and ending with modern Marvel blockbusters. Visitors will be entertained by both live action and animation in the series.

Matt Harvey, Social History Curator at Guernsey Museum & Art Gallery said "The Viking era was an extraordinary time, filled with hardship and challenges. But it was met by incredible individuals whose fortitude, bravery and single-mindedness resulted in exploits that made it into the Viking sagas and the wider annals of history. But it is sometimes hard to imagine a living, breathing Viking from the pages of history alone. I love watching Viking movies because they breathe life into characters we only know from the written word".

He added that "Be they human or god. It allows us to imagine these characters as real people who were driven, passionate, flawed - subject to desires and ambition. We know Hollywood has taken many artistic liberties with how it has portrayed Vikings over recent decades, but nothing can beat a thrilling tale of the Vikings. I'm really looking forward to watching this film series".

Each film will be hosted by Museum staff. The first screening will be on Friday 17th September. Films start at 7.00PM but the ticket price of £5.00 will give visitors the added bonus of being able to visit the Heroes of the Viking World exhibition from 6.30PM before the film starts.

Information can be found on the Guernsey Museum website and Social Media feeds and tickets can be purchased via the Guernseytickets website. 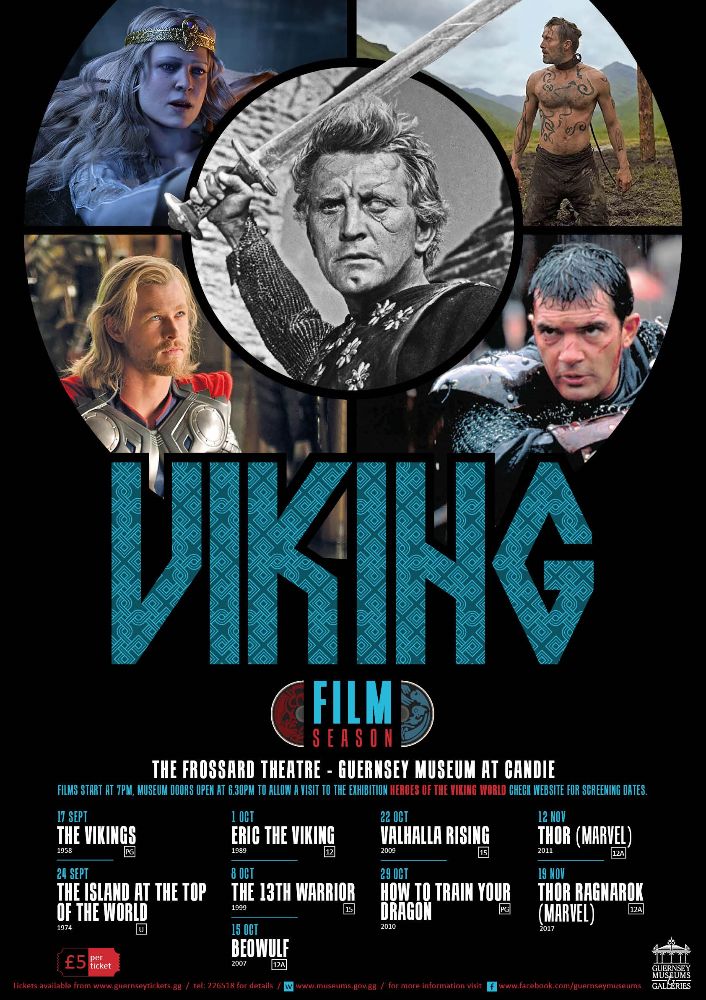