The States of Guernsey has today published a 5-year medium term baseline, forecasting its expectations for public finances in terms of income and expenditure over that period.

While, compared to many jurisdictions, Guernsey has responded very effectively to the COVID-19 pandemic and been able to keep most of its economy open and operating as normal throughout the past 18 months, the pandemic has still had a significant impact.  It has resulted in big increases in costs, because of the need to provide extensive business support and fund major testing and vaccination programmes amongst other things.  While revenues are forecast to increase, currently they do not match spending levels meaning a net deficit.

Currently only small allocations are being made to the States' capital reserve, however if from next year onward the States hopes to meet its commitments to its capital programme and invest an average of 2% of GDP per annum in infrastructure, then it will  continue to see an overall general revenue deficit.

The Policy & Resources Committee is advising States Members and the community that these figures have short-term implications for spending in this political term.  In July the States of Guernsey will meet for its second debate on the Government Work Plan, which deals with determining the actions it seeks to prioritise and the 'funding and investment' requirements this generates.

The Committee is also stressing that the 5-year baseline needs to be considered in the context of the longer-term challenge which the Bailiwick continues to face as its ageing demographic means the relative size of the workforce is shrinking, meaning falling revenues and increased spending on public services, particularly in areas like health and pensions.

The Committee is continuing to prepare a Tax Review which will be published in September and will seek address these longer-term problems.

"The problems in our tax system, our reliance on a small tax base, and its vulnerability when faced with an ageing population, cannot go unaddressed any longer. While we continue to deal with the very immediate crisis of the COVID-19 pandemic, we cannot lose sight of this looming and very serious challenge.  If we do not prepare now and make some difficult decisions, it could prove to be even more of a crisis than the pandemic itself."

"We need to keep the big picture in mind, and have a real understanding of our financial situation as a jurisdiction as we make some of the big decisions that need to happen this year.  Deputies must ask themselves, what is the role of government in Islanders' lives?  What are our real priorities? What do they cost?  What do they achieve?

One thing we cannot do is keep acting like the costs don't matter, because as the gap grows between what we can fairly raise and what we need to spend, they absolutely do." 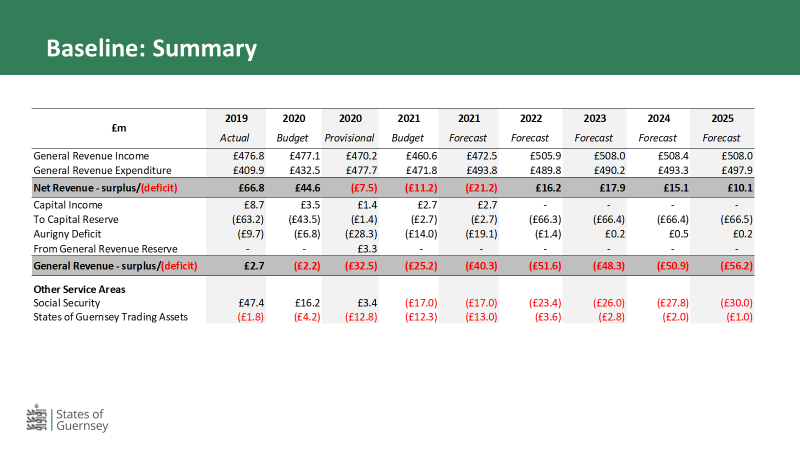 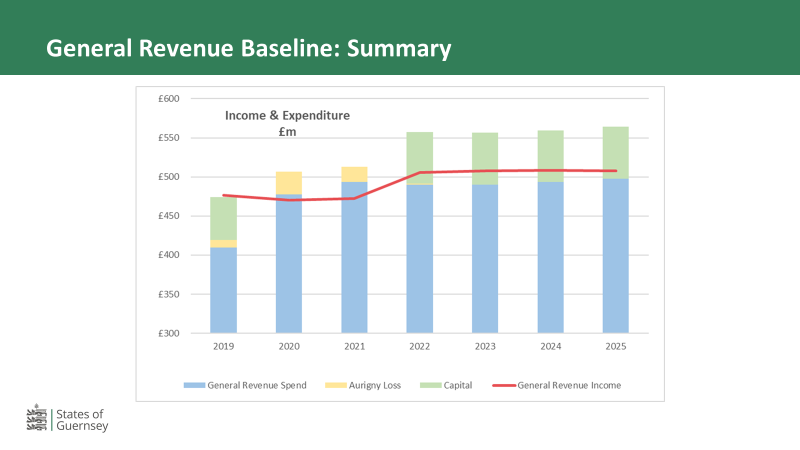