The Population Management Law came into force on 3 April 2017.  On 30 March 2017, during a States debate, a policy was agreed that improves the transitional arrangements, sometimes referred to as "grandfather rights", for some Short Term Housing Licence holders. 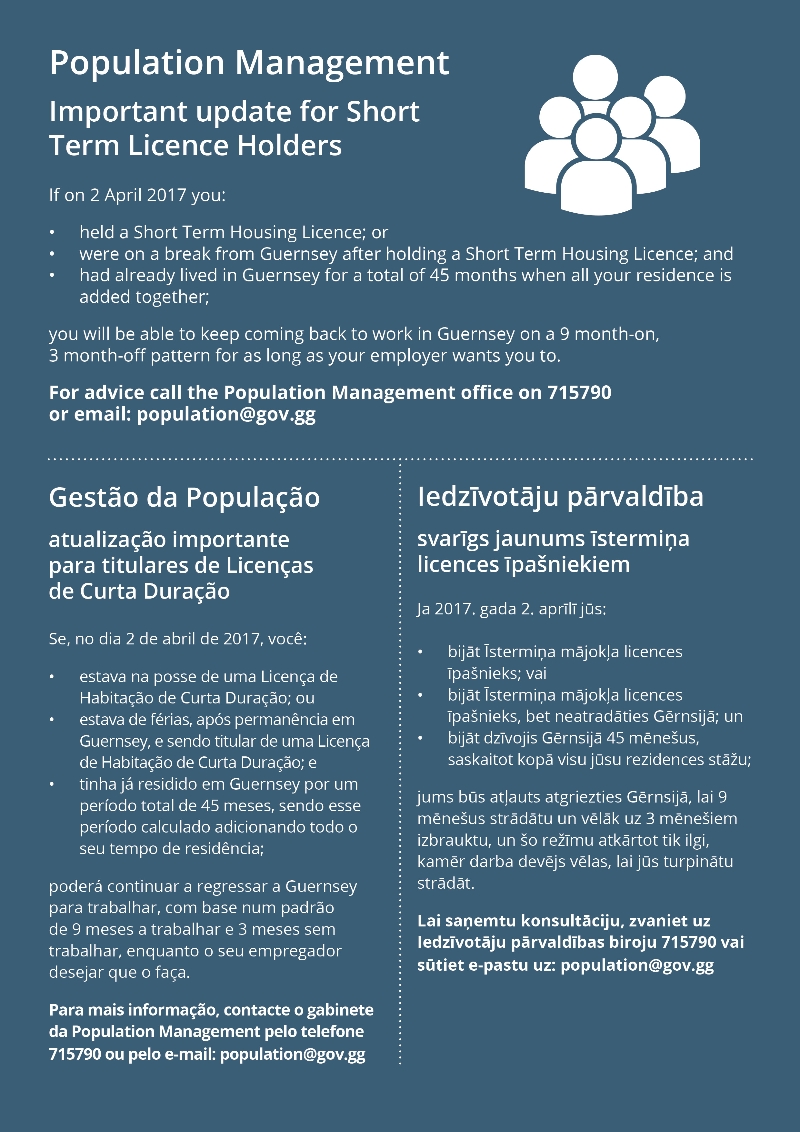 will now be able to keep coming back to work in Guernsey on a 9 month-on, 3 month-off pattern for as long as their employer wants them to.

These new rules will be better because they apply to more people, and mean that a person's current employment pattern can carry on.

If a person stays away from Guernsey for three years, they will lose these special grandfather rights. (Reference DR33)